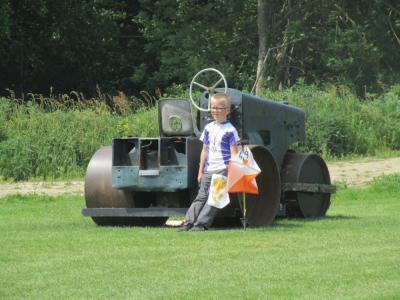 A man made feature

26th May at Bethany School near Goudhurst

What is the point of taking part in a sport if it doesn’t involve the two important elements of healthy exercise and enjoyment?

Both of those elements were seen in abundance at this most agreeable event.

The school grounds and the weather formed a perfect combination for a group of young orienteers from all school year groups, and the spectators, to have a truly enjoyable event.

To the north end of the course there was a wooded area for the competitors to run through and to the south a meadow with super high grass (taller than some of the children!). However appearing from one and heading for the other across a wide open space gave the spectators a period of anticipation as they waited for children to appear, giving a cheer of encouragement and then seeing them disappear again out of sight. Eventually a re-emergence would mean a sprint through a taped channel to the finish accompanied by more encouragement and cheers.

Well done competitors, thank you for all the helpers and parents on the day and to the use of the grounds to Bethany school.

Apart from the line courses all present had the opportunity to take part in the Maze orienteering competition which proved a great success, especially for one family in particular!

Then the grand finale! This was a relay between four teams each with just one dibber, a map and an adult helper, attempting to outdo all the other teams on a score course. This proved, as was hoped, to be a really exciting event for many in 20 truly frantic minutes and would surely be very popular in the future

Since this event was held on the last day of World Orienteering Week all competitors received a medal for taking part and a beautiful certificate to help remember the wonderful day which we all shared. For some of them it was their first experience of orienteering and one hopes that it will be one of many more and we want to see them again either in the Summer events or later in the year at the KOLs 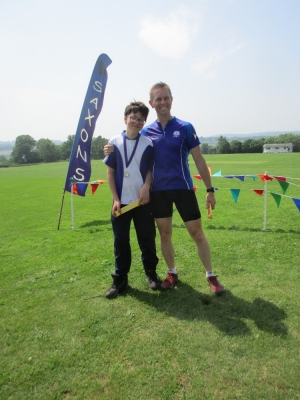 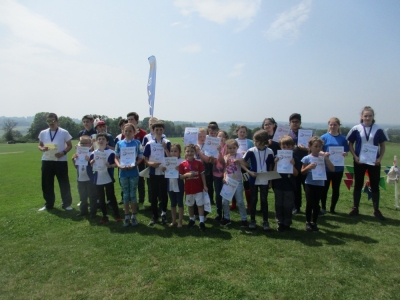 Juniors at last year's event with their medals 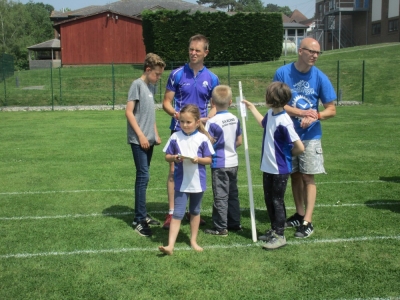 Waiting for team mate at relay 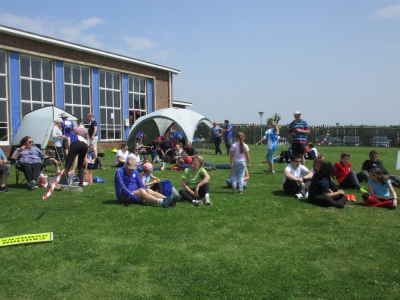