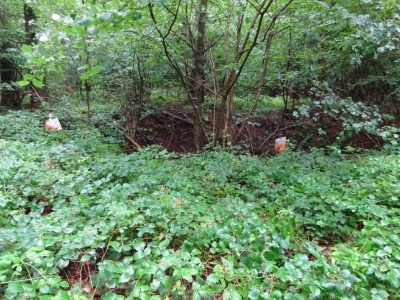 Out in the forest

Simon Blanchflower planned a fiendish course for us at Longbeech Woods and Alison and Brendon provided the bbq venue.

This was a 45 min score event with 15 (correct) controls

But the planner had forgotten two important rules of planning

1) forgotten that controls should not be placed too close together

2) forgotten to add code numbers to the control descriptions

All controls were in the circle (but not necessarily in the centre of the circle) but in some cases others were also nearby. You had to select the correct control using the available control descriptions.

For example, you go to the circle and find a distinctive tree with two controls, one to north and one to south.  Look at the CDs which show a “Distinctive tree North side” but none for south side, so you now know which control to punch.

So far so good. However, what if there is also a depression to the south of the tree so the other control could be “Depression, north side”, you had to work this out. Each description provided was used only once.

All correct controls appeared on the CD list and none of the incorrect controls could be correctly described by any of these descriptions. You needed to make use of the full description e.g. north tree, west side or distinguish between large and small depressions.

Points were awarded for each correct control and points deducted for incorrect controls punched and for being late. Scoring on download showed 10 points per control or -10 for an incorrect control. Simon was generous to juniors and they got little or no penalties.

This was a good test of matching control descriptions to features on the ground. Perhaps an idea for a future coaching exercise??? 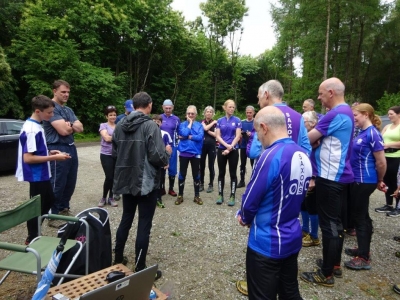 Briefing before the start 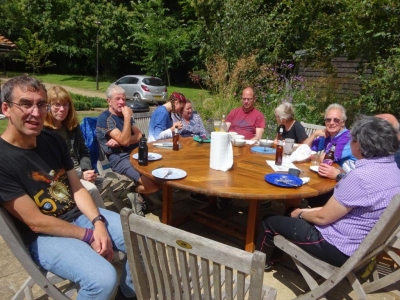 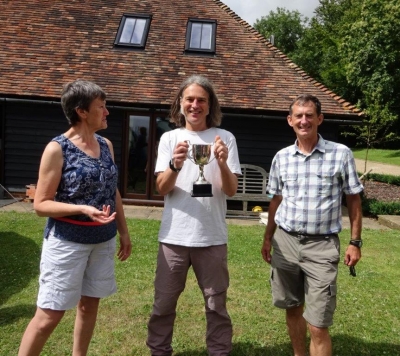 Dave Pickup-winner of the BBQ Trophy