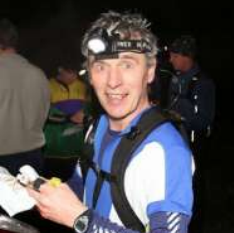 Are you looking at your night equipment and thinking it needs upgrading?

A few years ago, most people were buying the 1000 lumen Magicshine headtorch, typically from online retailer brightbikelights.com. As these are bike lights and gave a lot of power for a reasonable price (about £80), but have some limitations (particularly that the beam is focused in the distance, to suit a bike rider). Some went for headtorches designed specifically for running made by Petzl, Silva or Mila. These have some clever features such as adaptive lighting (the beam dims when you read a map so you don't get map glare) but were often much more expensive.

However recently lots more headtorches have come on the market. Brightbikelights are selling a 1000 lumen headtorch for £28, and you can get others even cheaper via Ebay, Amazon etc.

At the end of the last KNC season I won £100 in a competition run by an online tyre retailer. I saved it disappearing into the black hole of household expenses by buying a Ferei HL50 1800 lumen head torch. How did it do?

Well the first thing to say is that really is incredibly bright. It definitely is twice as bright as my previous Magicshine head torch, (though mine was getting old and not nearly as bright as others of the same make). But some adjustments need to be made to make it useable.
Secondly you really need to buy the diffuser as well. Without the diffuser you can light up the far distance but you'll get blinded looking at the map. With the diffuser the beam is spread giving peripheral lighting just in front of you where you need it, it's much much better. A tiny bit of light escapes from the bottom of the diffuser, which is surprisingly irritating when running in dark woods, I've put some masking tape over this gap, so hopefully that will be the end of the problem next time.

The second extra you'll need in my opinion is an extension cable and put the battery in a bum bag or mini rucksack. The battery is too heavy to mount on the head strap, it makes the head strap rub up and down. I guess if you're cycling or potholing that doesn't matter.
The angle adjuster is ratcheted, so there are only a few angles to choose from. But with the diffuser this doesn't matter too much. When running I actually found 1800 lumens a bit too bright, so I turned it down to 1500 lumens. The extra peripheral vision definitely helps pick though brambles and see path junctions, but didn't stop me making several silly mistakes.

Overall, I'd say definitely go for this torch instead of the Magicshine if you're a regular night Orienteer.. It is a big  7 improvement. I haven't tried the Petzl/Silva/Mila head torches that are more designed for orienteering, but it would be hard to justify spending a lot more on a torch that is half as powerful. I know that MIla do a 3900 lumen (!) head torch, but that's £400. It might be worth comparing the Mila version with similar power to the HL50 but (you would hope for the money) higher build quality and optimised for running. There's a Mila-Inton 2 with 2200 lumens, a 4 hour burn time at maximum power, looks like it would be about £180 depending on the exchange rate. That would be the one I'd look at if I won £200 in the next tyre competition.

If you're new to night O, and don't want to invest the money, then there are plenty of £30 ish torches out there with similar brightness to a Magicshine, or possibly brighter.
Looks like Silva and Petzl need to up their game and get some new models. I'm sure we'll see torches like the HL50 drop in price and increase in power still further.


See other entries Categorised under: Resources